I was fortunate enough to be assigned the role of Designer/Art Director once again.
Like many of the others, I didn't really know the first thing about designing magazines,
but I thought FINALLY learning some InDesign would be quite useful.

(Little did I know that I would be up at 4a.m. unable to sleep, watching
Adobe tutorial videos in my dorm room...in the dark because my ceiling light burned out.)

At the end of the week, the Art Directors gave a very brief presentation of our work and our respective magazines/websites. I began my erratic, exhausted speech with, '..my choice of paper for jotting down
presentation notes was between a chocolate wrapper and a rejected cover design.'
That was my week.

But I'm very proud of the final product and my team.
Thanks for supporting your stressed out designers, everyone.

Our final logo.
Designed in Photoshop (because I didn't understand InDesign yet).
It is a combination of type manipulation and hand drawn adjustments.

Our group was assigned to the Men's Magazine category.
...difficult considering it is the demographic least likely to buy magazines. 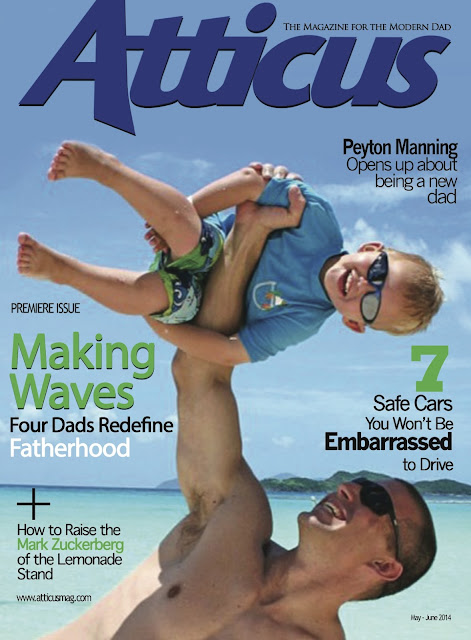 Our Final Premiere Cover **
I used to think I could never get tired of looking at dad&kid pictures.
I was wrong. 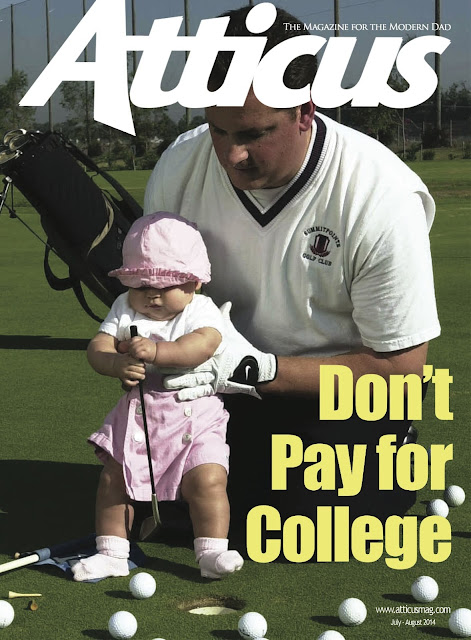 Our Second Issue Cover **
A high-impact approach. I found this photo at 3a.m. and couldn't stop giggling.
Look at her! 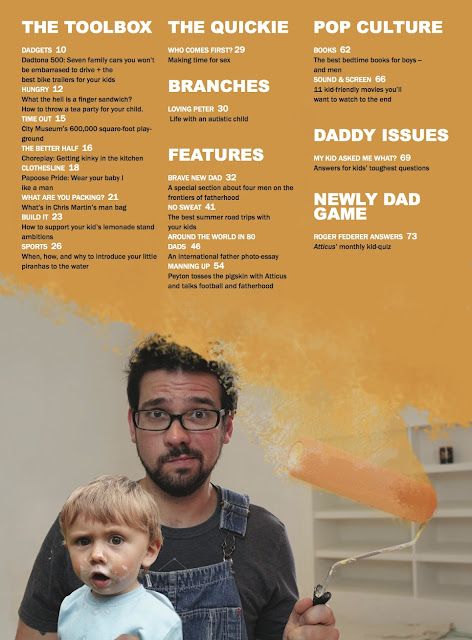 Our Final Contents Page **
I Photoshopped three photos together and then drew/painted to create this page.

My group (thankfully) just said "we trust you" when I pitched my 3a.m. idea for this page.
It was created on the final day and finished at 5:58pm on a 6:00 deadline.
My group didn't even see it or the 2nd Issue Cover until the
Art Director presentation a couple hours later. 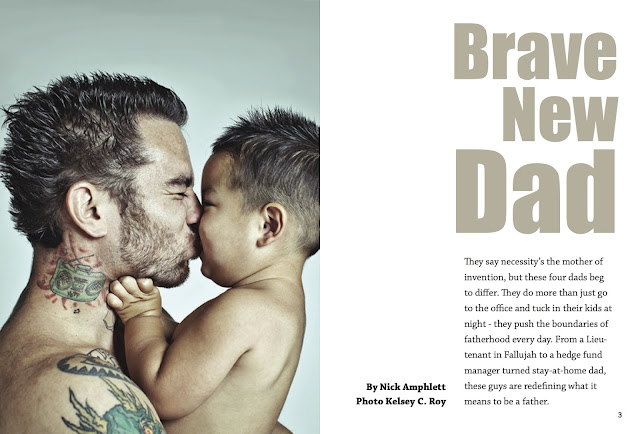 Our Opening Spread for our Feature**
Made in InDesign!! This image was originally going to be on our cover until
our resource team advised us that it would function better as a feature.
We had our differing opinions many times throughout the week,
but I happily acknowledge that they were right.
(I did not really take these photos.) 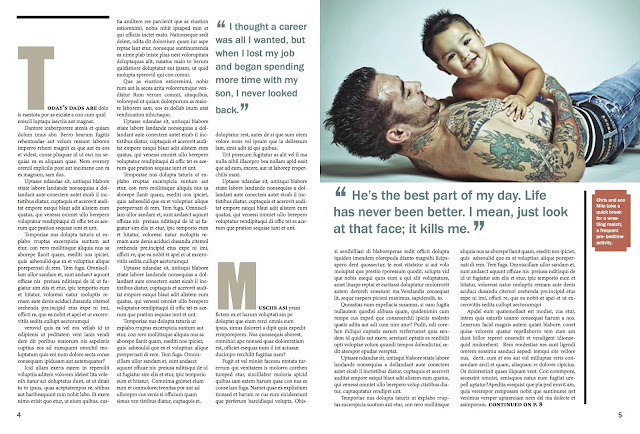 Our Feature Spread **
It just has fill-text, so don't get too excited. My team wrote the quote on the left, and I
wrote the quote and caption underneath the photo.
I named them Chris and Milo.

---THE FOLLOWING ARE SOME REJECTED COVERS--- 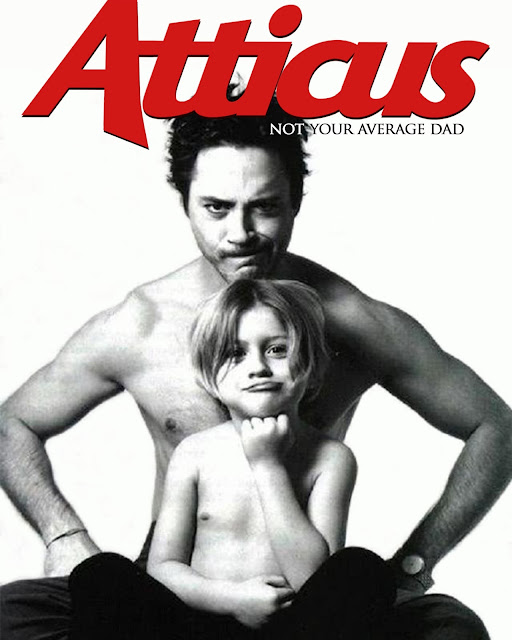 I fought very hard for this cover, as did my team.**
Our advisors said that they didn't think Robert Downey Jr. was a good choice.
This was also when our magazine concept was much edgier.
It was changed through much deliberation,
and both of my covers were scrapped the day before the deadline.
Stress. 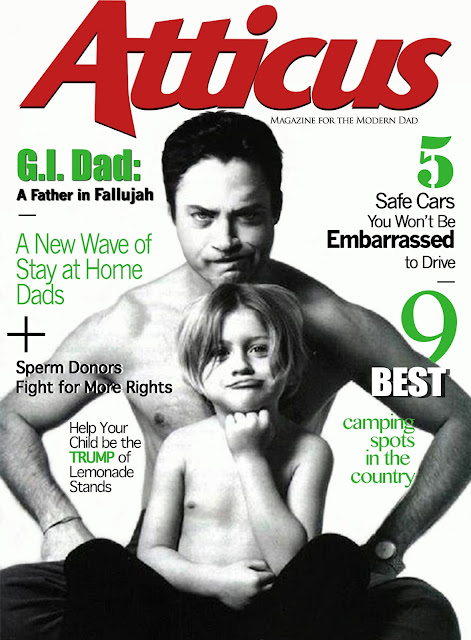 When the resource people told us not to use Robert Downey Jr. but to
try to find a photo with a similar attitude and effect, I struggled to do so.
So, as an experiment, I decided to doctor Mr. Downey's face so that he'd be
less immediately recognizable and perhaps for the workshop purposes,
we could still use this wonderful image.
(For curious minds: I Photoshopped his face to be considerably wider, moved the jawline down, arched the eyebrows, lightened his eyes, changed his hairline, widened his nose, and gave him a shave and a haircut. As you are looking at this thinking of RDJ, I expect that the changes will be less
obvious than if you saw it separately.) 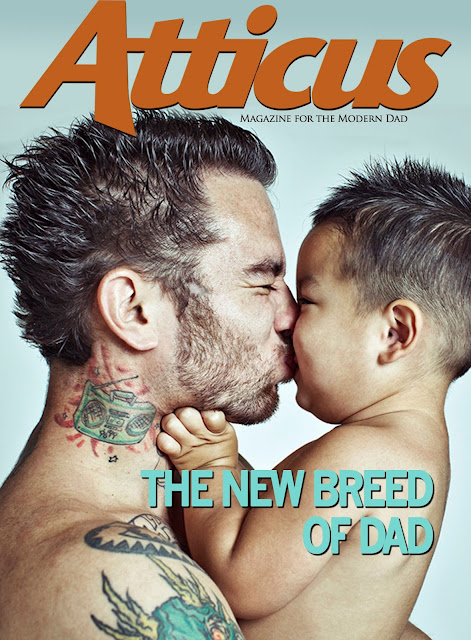 We were pretty heartbroken to have to take this image off of the cover,
but as I said before, I'm happy with how things turned out.
(I don't like the placement of the -now changed- title on this,
but it was scrapped before I could polish this cover. Oh well.) 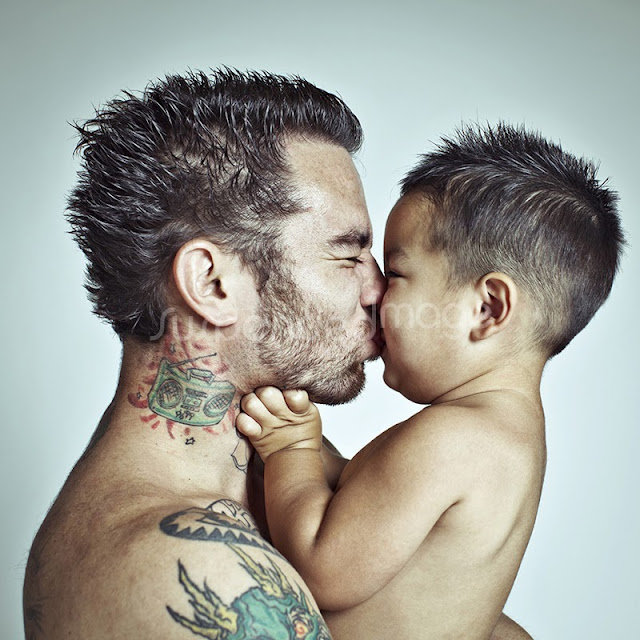 I have included this because one of my proudest Photoshop moments thus far was digitally painting the watermark off of this photo. It started as an experiment and then became a personal game
...because I like tedious things.

**I do not own the rights to these photos, nor did I make any financial profit from my use of them.
They were used strictly as an educational exercise.

Posted by kelcroyillustrations at 10:30 PM 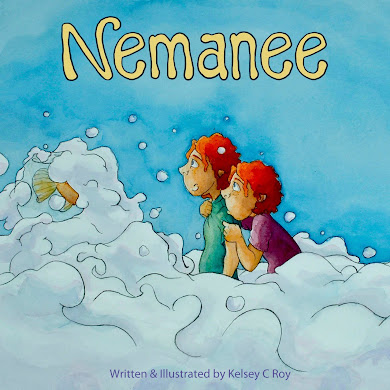 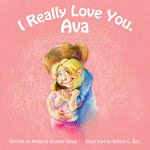 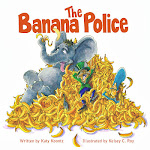 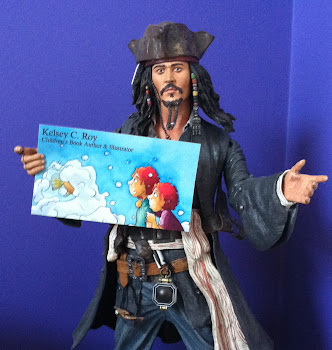